From the footy field to fighting for life 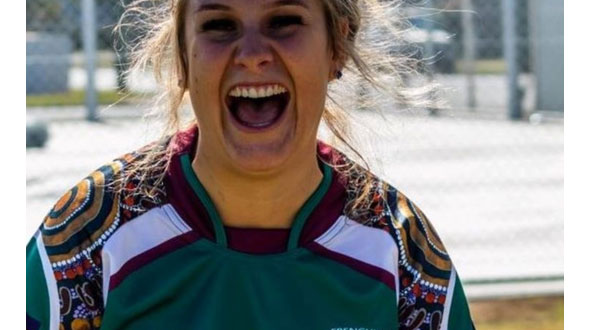 This photo of 22-year-old Jess was taken one hour before the moment she almost died. She looks happy and relaxed—a picture of health. It’s almost impossible to believe what happened next.

Jess went into cardiac arrest while attending a local rugby match. For 10 minutes, her heart stopped. For 22 minutes, bystanders did CPR in a desperate attempt to bring her back, before she was urgently taken to Gladstone Hospital by a QAS ambulance.

Jess’s mum Trudy’s phone rang at around 6.30pm.“I was told Jess had been brought into Gladstone Hospital and she was very sick,” remembers Trudy.

It was simply impossible for Trudy to understand. Jess was young, physically active and strong.

“At first, the doctor told me they were flying her to Brisbane, but then they called back to say they couldn’t stabilise her. I needed to come straight to Gladstone Hospital. They were basically telling me to come and say my goodbyes.”

As Trudy was on her way to Gladstone, every minute felt like an eternity. “I just wanted to get to my child,” she says.

At the same time, one of our aeromedical crews had been tasked by Retrieval Services Queensland and was flying up from our Brisbane Base.