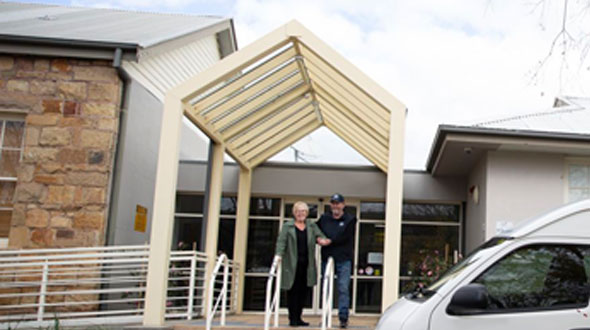 Flying Doctor Community Transport provides free transportation for eligible clients to their health appointments and social group activities. The service recognises that people living in rural communities can face additional barriers when it comes to accessing health care and social connection due to a geographically spread population and limited transport options. As such, the service aims to make it easier and more affordable for people to attend vital health care appointments, thereby enabling people to take control of their own health and reducing occurrences of missed appointments.

“The greatest cost to our health system is missed appointments,” says Scott Chapman, Chief Executive RFDS Victoria. “For the people who are having to go for cancer treatments or other things, they rely on their family to have to take a day off and come up from Melbourne to get them there, and so people just miss appointments. This service is designed to make sure that doesn’t happen.

“What we have seen with the success of this service is that we are not only helping individuals but contributing to healthy communities.”

“We are delighted to partner with RFDS Victoria. This unique and valuable service reaches into parts of our community where health services are not readily available or are some distance away. Through RFDS, people can receive the health assistance they need. We also look forward to the establishment of the new hubs in our region to further enhance this service for our community.”

The Flying Doctor Community Transport service originally launched in Heathcote in central Victoria in 2018, and expanded to Rochester in 2021. In these areas, RFDS Victoria’s partnerships with Heathcote Health and Rochester and Elmore District Health Service, respectively, have been a large driver for the program’s success.

“Having already established successful and supportive relationships in Heathcote and Rochester, we are excited by this opportunity to partner with three innovative PHNs,” says Melanie Trivett, General Manager for Primary Health Care, RFDS Victoria. “We look forward to working with Western Victoria Primary Health Network, Murray PHN and Gippsland PHN to develop a service that is run with the community, for the community.”

In addition to its strong partnerships, Flying Doctor Community Transport is made possible thanks to its very generous volunteer drivers. The volunteers are typically passionate locals who are committed to supporting their community, or health care students who are looking for some real world experience – in fact, some volunteers from the Heathcote and Rochester programs have gone on to join the Flying Doctor’s Mobile Patient Care (MPC) service.

“Once our new sites are confirmed, we will begin seeking expressions of interest from locals in those communities to join our team of volunteer drivers,” says Dr Trivett. “Volunteers are the backbone of community transport services, and so we are always looking for ways we can celebrate our volunteers and recognise their generous contributions, such as through our involvement in the inaugural Victorian Community Transport Week.”

To find out more about Flying Doctor Community Transport and its pending expansion, contact our team on 1300 887 678 or via communitytransport@rfdsvic.com.au. You can also keep an eye on our Facebook page for all updates. 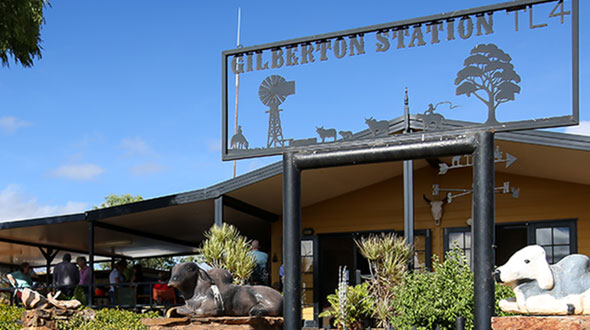 So too, does her husband Rob, whose ancestors worked closely with the aerial ambulance and then the RFDS to help bring transceivers to Queensland stations.

For more than 150 years the French family has lived on Gilberton Station, an 88,000-acre seventh generation cattle station approximately 500 kilometres west of Townsville.

Lyn says if it wasn’t for the Flying Doctor’s emergency and primary health care services her family would struggle to live in such a remote location.

“Growing up, my mother was always saying ‘thank God for the Flying Doctor’ and I never understood what she meant because I didn’t know life without them.”

Now married, with children and grandchildren of her own, Lyn says she truly appreciates and understands the importance of her mother’s words.

“There’s been a few accidents where we wouldn’t have survived without the RFDS.

“The worst incident we had was in 1999, when our daughter Anna was only six years old. She had a horrific accident while mustering, sustaining a compound fracture to her leg and breaking her pelvis in three places.

“Being an hour from the homestead meant we had to unsaddle our horses, make a bed on the back of the ute, tie Anna’s legs together with the rein of the horse bridle to keep her stable, and travel the 20 kilometres home at a snail’s pace to call for help.

“By the time we contacted the Flying Doctor, Anna had gone into shock. I don’t know what the outcome would have been if the RFDS wasn’t able to fly her to Townsville. As it was, she spent three months in traction before coming home in a full body cast for another eight weeks.

“So, in my mother’s words: ‘thank God for the Flying Doctor!’

“They’re such a constant in our lives — they’re our GP, our chemist, our dentist, emotional support and our mantel of safety — we really couldn’t live where we do without them.”

In 2001, Gilberton Station hosted the first RFDS Field Days for the Cairns-based health promotions team and Lyn says it’s the best thing to happen to their community.

“From the young to the old, RFDS staff have taught all in our community so much about primary health care. We’ve learned about medical issues we weren’t aware of, how to treat snake bites, respond to farming accidents, administer medication and how to prioritise our health and wellbeing.”

As a mother of three, Lyn said administering medication would not be possible without the RFDS medical chest.

“Our chest holds items ranging from antibiotics to heart attack medication and injections for pain relief.

“Everything is safely labelled, so when the doctor prescribes a medication we can easily identify and administer it appropriately.”

“My elderly father-in-law has had some health issues over the past few years and to be able to access healthcare from home has been a godsend.

He’s able to regularly chat to his doctor without making the eight-hour trip to Cairns.

“I’m so grateful for all of the services provided by the RFDS and to have had a lifelong association with such an iconic organisation. My children, and now grandchildren, have grown up idolizing the Flying Doctor and I have no doubt the French family will be associated with the RFDS for generations to come.”READ MORE STAFF AND PATIENT STORIES 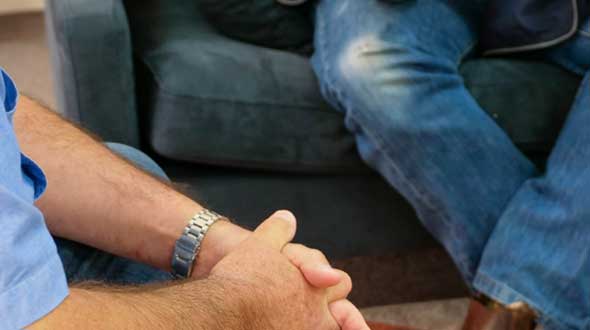 Article supplied by RFDS: One of the most widespread challenges of the pandemic has been how to deal with lockdowns, changes to employment and financial circumstances, and not being able to see friends and family.

One of the most widespread challenges of the pandemic has been how to deal with lockdowns, changes to employment and financial circumstances, and not being able to see friends and family.

This has put a bigger focus on mental health than ever before. The sudden and abrupt change to the way of life has seen more people needing help and reaching out for it.

The RFDSSE Mental Health, Alcohol and Other Drugs (MHAoD) team have been working in our communities to ensure continued access to help is available. As well as continuing to offer services such as virtual consultations and telehealth, the team has looked at other ways to support communities, families and individuals.

This has included the COVID-19 In-Reach Older Persons Program, funded by Western Primary Health Network, which provides practical support to Older Persons across the whole of Western and Far Western LHD.

RFDSSE Mental Health Manager Vanessa Latham and members of her team located at Broken Hill participated in the COVID testing clinic and used the opportunity to check on the mental health of the community, as well as registering people for testing.

“It was lovely to be able to introduce myself and explain the sequence of what was going to happen, and say ‘my background is mental health nursing, so, how is your mental health going at this time?’,” Ms Latham said. “During high demand times when cars needed to queue, it was a great opportunity to have a little chat.”

Like so many divisions of the RFDSSE, the MHAoD team has looked for ways to assist with the unprecedented workload of running vaccination clinics across the service’s territory. Ken Pascoe is an AoD Clinician with the Flying Doctor and in addition to his regular duties, he has been travelling across NSW to conduct vaccinations, and has been tying in his mental health training.

“We are finding a lot of children and even adults have a fear of needles so being able to calm them down, get them to conduct some breathing exercises and relax makes the process easier for them. I am finding that when we go back to administer second doses, people look for me because their first dose went so well,” Mr Pascoe said.

Thanks to your support, we are able to keep these vital services going and ensure the mental health needs of people in regional and remote Australia are well looked after. 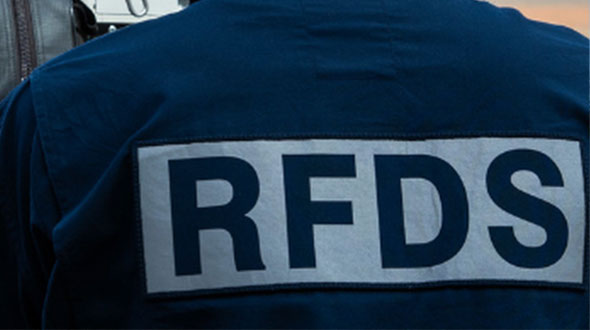 Article supplied by RFDS. I hope this finds you well in these strange and testing times. Restrictions on international travel have seen increased domestic travel throughout our region since COVID-19 emerged, but then restrictions to travel relating to hotspots in Melbourne, and more recently, Sydney, have then limited travel around Australia.

I know that this has been a very challenging time for families with school holiday plans, and for people in our regional and remote communities, who have often had to cancel plans which promised the the opportunity to see loved onces who live far away.

While we can count our blessings that the pandemic has not reached the serious fatality levels we have seen in countries such as India and the USA, it can be very hard on the spirit, and a test of our resilience to deal with constant change and uncertainty.

The sooner we are all immunised against COVID-19, the better. The Flying Doctor is proud to be delivering the vaccine to our rural and remote communities, and is commited to giving everyone the opportunity to be immunised. Our frontline teams have been travelling to even the smallest communities, and doing everything they can to reach everyone. I want to thank these committed and hard-working members of our team, and to all those who support them, including you. It is important to note that this COVID response, along with respiratory clinics, is work over and above the every day work of the service, including attending to emergencies in remote areas, getting GPs out to remote clinics, and ensuring quality dental care is regularly available.

This is the reason you are so important to us. You make it possible for us to deliver this life-saving care. I know that our outback communities truly value you, and the support you give to the Flying Doctor.

No matter that happens in the months ahead, we will be at the service of regional, rural and remote Australians. Thank you for being by our side, and making our work possible.