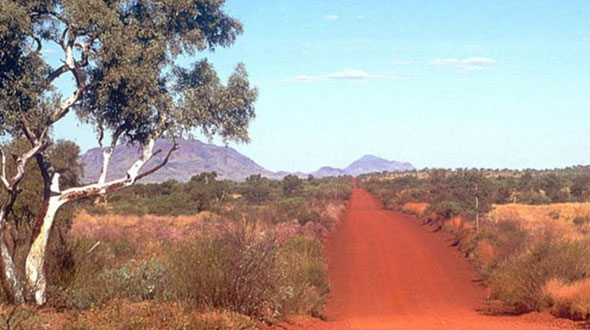 A five-year stint in the Pilbara region of Western Australia during her early working life gave Alice* an understanding for the work of the Flying Doctor and motivated her to make a gift in her Will for the South Eastern Section.

Alice said she wanted to ensure the Flying Doctor would be able to assist people in isolated communities into the future.

“I have a better appreciation than most of what isolation is like when I lived and worked in the Pilbara region. I lived in a town (Tom Price) that was built for employees of the mine there,” Alice said.

“The town was built by the mining company and had everything including a supermarket, bank, post office, school and hospital, but once you set foot out of town, there was nothing.

“It was such a beautiful sight, the red dirt against a bright blue sky and the ghost gums, but it was such an isolated place. The nearest town was Wittenoom, more than 100 kilometres away, and it was several hours to Dampier.

“If you went anywhere you had to tell people where you were going otherwise they wouldn’t know to look out for you if you didn’t come back.”

While technology had made the world smaller and kept people in touch, there was no overcoming the tyranny of distance in outback Australia, Alice said, and that was what made the Flying Doctor so important.

“I don’t think a lot of people who live in cities or even large regional towns could understand what the isolation is like. I got a taste of it, and all I could think was if I got into trouble when I was out there I would hope there was someone like the Flying Doctor who was able to help,” Alice said.

We are so grateful to our generous supporters like Alice, who want to ensure that no Australian is left without access to quality healthcare regardless of their location.

If you are interested in leaving a gift in your Will to the Royal Flying Doctor Service (South Eastern Section), we would love an opportunity to speak with you confidentially and to answer any questions you may have.

For more information, please get in touch with our Gift in Wills Coordinator on 02 9941 8857 or giftinwills@rfdsse.org.au or visit our website flyingdoctor.org.au/nswact/support/gift-in-will.