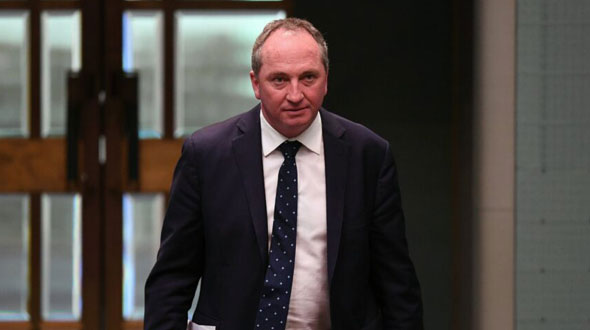 Article supplied by AOPA Australia. The Department of Infrastructure, Transport and Regional Development and Communications has announced that it has scrapped its plan to increase the threshold monetary value for Major Development Plans from $25 to $35million at privatised airports, following strong objections from AOPA Australia and other industry bodies.

Under the Airports Act 1996, all leased federal airports, excluding Mount Isa and Tennant Creek, are required to develop and submit Major Development Plans (MDP) for airport developments if they exceed the monetary threshold of $25million.  An increase to $35million would enable airport property developers to undertake larger non-aviation projects without Ministerial or Departmental oversight.

“AOPA Australia would like to sincerely thank the Deputy Prime Minister, The Hon Barnaby Joyce MP, and the Department of Infrastructure, on this important announcement, it is an important win for common-sense and for aviation, “ Benjamin Morgan, Chief Executive AOPA Australia.

“The proposal to increase the monetary value from $25 to $35million, would have served to lower essential oversight, opening up the system to further gaming by privatised airport leaseholder operators,

“It’s a fact that privatised airports are being run by insatiable property developers who are prioritising non-aviation expansion, at the expense and to the detriment of the aviation infrastructure and stakeholder access,

“Small, medium and large aviation businesses alike, including the airlines themselves, have been thrust into a situation where they are being priced out of airports, and forced to accept aviation property leases and access/user charges that are unsustainable.

STATEMENT FROM THE DEPARTMENT OF INFRASTRUCTURE, 29TH SEPTEMBER 2021

We write further to our email of 30 August 2021 about the monetary threshold amount (the threshold) for airport major development plans (MDPs).

Recent economic analysis conducted by the Department, and consultation with airports and the aviation sector, indicated greater interest in broader reform to the MDP process and associated triggers due to complexities that warrant further consideration. These include:

Taking all stakeholder feedback into consideration, the threshold will remain at $25 million in line with subsection 89(9) of the Act while the Department investigates opportunities to reform and streamline overarching MDP arrangements. This may include moving towards a performance-based approach, where the assessment and approval process is more directly linked to the expected impacts of particular developments.

The Department is currently reviewing the Airports Act 1996 and regulations, to cut red tape, streamline Commonwealth processes and modernise airport planning regulations. The Department looks forward to working closely with airports and the aviation sector in progressing these important reforms, and support the sector as Australia recovers from the impacts of the COVID-19 pandemic.