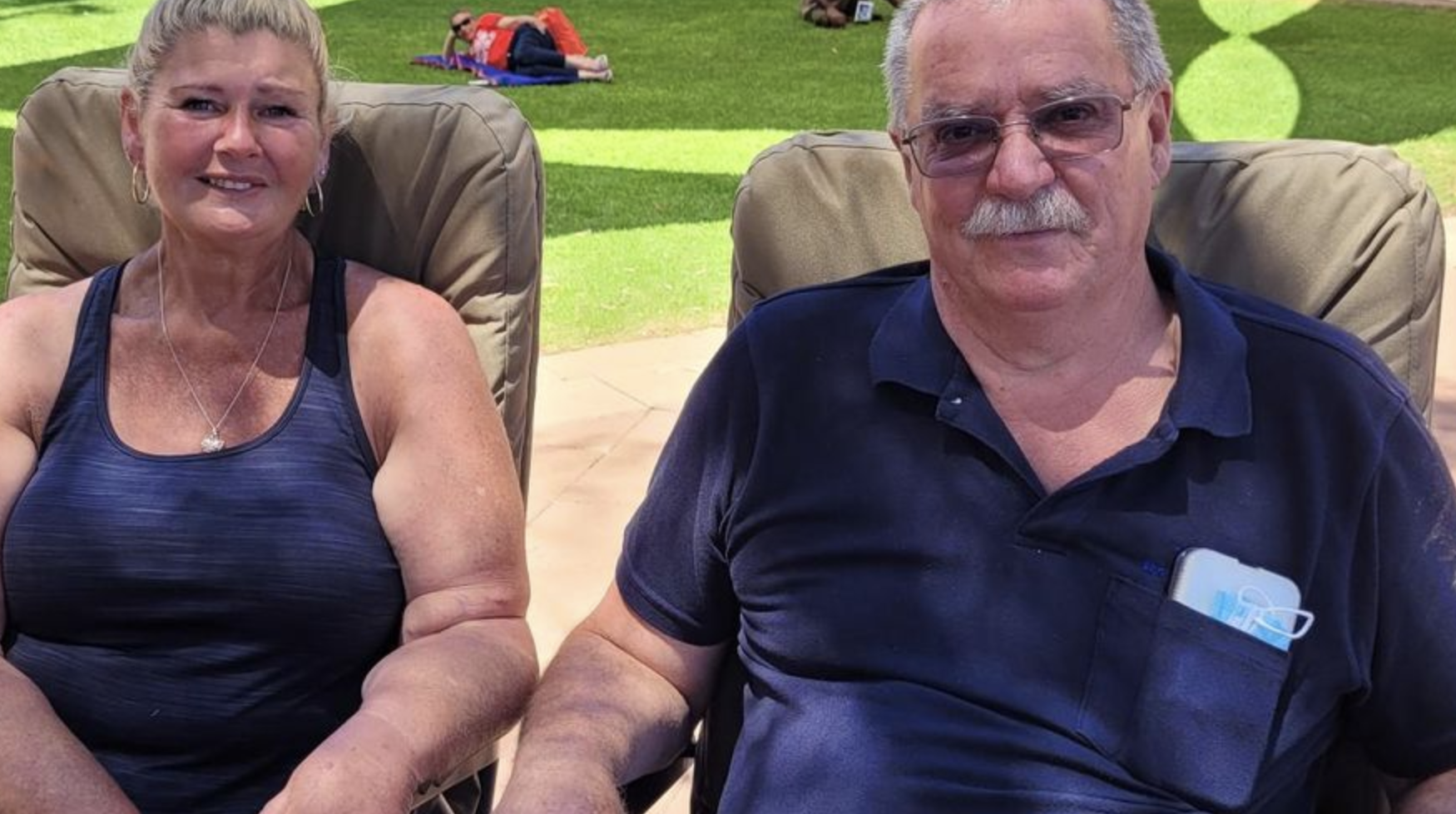 Article supplied by RFDS. After walking a gruelling 330 kilometres from one outback town to another, Margaret Symes raised much needed funds for the RFDS Wellbeing Place in Broken Hill, and more awareness of rural mental health.

Margaret began her Step into Spring fundraising walk in Tibooburra on October 25th and 12 days later finished in Broken Hill where she was greeted by locals at a community barbecue.

Raising awareness and reducing the stigma of mental health in the bush is something very close to Margaret’s heart.

“I’ve lost close friends over the years from depression, it’s just very sad and I wanted people to be more aware of the services available in Broken Hill,” she explained.

“Not many people I know knew about the Wellbeing Place so that inspired me to be like ‘right this service needs more awareness.’”

Margaret said everyone at the Wellbeing Place has been so supportive of her journey and gave a special mention to her husband, Ross, who drove the support car while she trekked.

“He was absolutely fantastic, bandaging my blisters and looking after my mental health,” Margaret added.

Each night the husband and wife stayed on properties or at roadhouses, which gave them the opportunity to meet with locals and raise awareness of mental health.

Margaret said walking an average of 25 to 30 kilometres per day across such a vast area gave her a better understanding of its remoteness.

“It puts it into perspective that these people out here are really isolated,” she said.

Margaret set out to raise $5000 for the RFDS Wellbeing Place in Broken Hill, but thanks to communities’ support, smashed that goal raising more than $17,000 and became “quite emotional” when she finally arrived in Broken Hill.

“I think because I knew it was nearing the end, but also just to have people there to say congratulations. It was a lovely day,” she explained.

“The generosity has been overwhelming.”

RFDSSE Wellbeing, Engagement, and Health Promotion, Eliza Emmlin, was there on the day Margaret arrived in Broken Hill and was so appreciative of her efforts.

“One of the best things about it is that Margaret wasn’t just raising money, she was raising awareness and through her walk she was talking to people about mental health and helping remove the stigma,” Eliza explained.

“She really admires the work we do at the Wellbeing Place and understands how important it is for the community to know about our services.”

Eliza said locals were right behind Margaret, donating several items for the community barbecue, including bread and sauce from Coles, cupcakes from Chalkie’s, and 150 sausages by Top End Meats.

“As well as the businesses who assisted Marg on her walk with free accommodation, we’re just so thankful,” she said