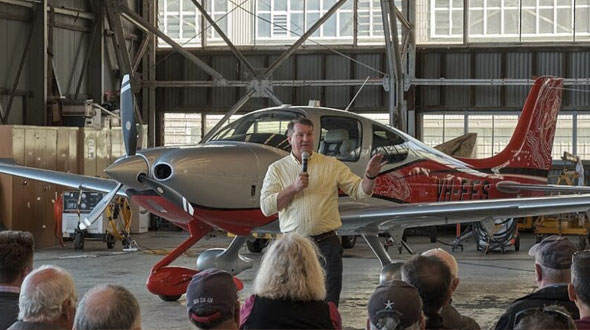 The reforms that AGAA is seeking, have been implemented by aviation safety regulators in the United States of America (US) and the United Kingdom (UK), and across the past five (5) years have proven to be a safe method of pilot medical certification.  Both regulators based their reforms on the use of conditional private vehicle motor car license medical standard, with options for both self-declaration and General Practitioner assessment certification.

In the US, the FAA BasicMed pilot medical certification is widely regarded as one of the most successful aviation regulatory reforms in modern history, with over 66,000 pilots now accessing flying through this standard, with no demonstrated negative impact on aviation safety.  The UK reforms mirror the success of those delivered in the US and have opened up their local general aviation industry to growth.

In summary, recreational/private pilots in both the US and UK who use either a self-declaration or General Practitioner assessed medical certification standards;

The US now has in excess of 66,000 private pilots accessing aviation through BasicMed, with pilots participating in VFR and IFR operations in aircraft ranging between recreational light sport, experimental/amateur-built, general aviation certified singles and twins, helicopters, gyrocopters, warbirds and more.

AGAA regards both the introduction of a new self-declaration pilot medical certification standard and the reform of the CASA Basic Class 2 standard as a powerful gateway for the industry to sustain itself, reducing the regulatory burdens and costs currently imposed on the private general aviation sectors.  Such reform would make aviation more accessible nationwide, with strong benefits to pilots and aviation users throughout regional Australia, driving growth back into Australia’s ailing general aviation sectors.